Thermaltake, Tt eSPORTS and LUXA2 Taking Battle and Cultures at the CeBIT 2012!

Comments Off on Thermaltake, Tt eSPORTS and LUXA2 Taking Battle and Cultures at the CeBIT 2012!
Posted February 29, 2012 by Kevin in News

Visitors to the Thermaltake stand (Hall 17, E60) at the CeBIT 2012 from 6 to 10 March 2012 in Hannover Germany will witness the first heartbeat of a new compact generation of the gaming mouse – Level 10 M Mouse, which is the collaboration between Thermaltake Group and BMW Group subsidiary DesignworksUSA continues from the previous success LEVEL 10 chassis in 2009.

Being the industry pioneer brand in PC DIY solutions, professional gaming products and unique and functional Apple accessories, Thermaltake Group with its three subsidiary brands – Thermaltake, Tt eSPORTS and LUXA2 will be presenting a visionary outlook on future technical developments and the latest and most exciting products for the year 2012 at the one of the biggest and the most international event in the digital industry!

Further information about Thermaltake Technology at CeBIT 2012 is available here.

Since 2009, Thermaltake ventured into a completely new PC chassis with the revolutionary concept of the Level 10 high-end gaming tower chassis. Now Thermaltake will once again present a masterpiece that might have come from another planet: the Level 10 M Mouse will be celebrating its premiere at the CeBIT2012!

In 2009 Thermaltake, the leader and innovator of pro-gaming computer chassis, for the first time partnered with the wholly owned BMW Group subsidiary. The studio had been tasked with the design concept of the Level 10 high end gaming tower. The result was a chassis which triggered off a lot of praise from the IT and pro-gaming world and many awards for its sheer revolutionary approach to computer housing. Now the collaboration continues with the expansion of the Level 10 experience to a range of gaming peripherals for Thermaltake’s e-sports division – Tt eSPORTS.

“It is no exaggeration to say that world is going to witness the pre-invention of the gaming mouse. The purist design of the Level 10 M Mouse, that BMW Group DesignworksUSA designs concept for a news series of innovative gaming peripherals for Thermaltake. This centrepiece dazzles with its passionate eSports and reinterprets the breathtaking aesthetic design of the Thermaltake Level 10 chassis. With the Level 10 M Mouse, we are demonstrating once again that pioneering spirit is an integral part of the Thermaltake brands DNA. Thermaltake Group is right at the forefront of this surge in innovation, we feel a very particular obligation for its future!” said Mr. Kenny Lin, Chairman and CEO of the Thermaltake Group.

Glance over the exhibits at CeBIT 2012 : 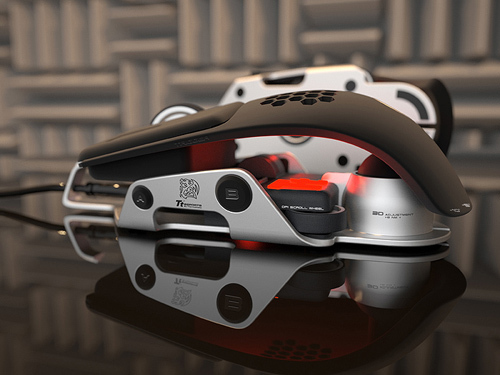 Motivate by eSports culture as well as setting the PC gaming hardware trend, Thermaltake will reveal the new battle version of Level 10 GT, the revolutionary gaming chassis ARMOR REVO and the Level 10 GTS mid-tower of pedigree, grant user a much closer gaming experience while being on their games. Further, being the specialist and the market leader in thermal solution, at CeBIT 2012 Thermaltake want to facilitate a smoother gaming experience for users, will introduce the new Hover top-down air cooler, Water 2.0 all-in-one Liquid Cooling Series, Frio Extreme supreme cooler of Frio Series, the new Toughpower Grand Series Snow Platinum power supply unit which has both “Red Dot Award” and “iF product design award” titles in place and the world’s first high-end all white Toughpower XT 1275 W Snow Edition power supply unit with the blessing of 80Plus Platinum. Last but not the least, SMART Series with further prospect to secure the system with the appropriate wattage. 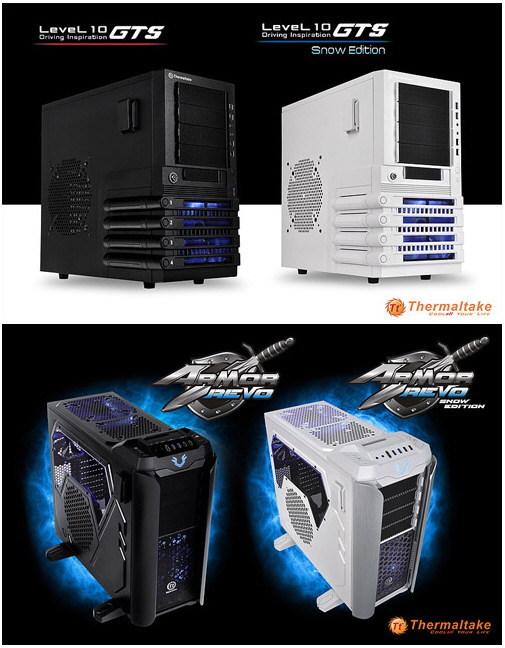 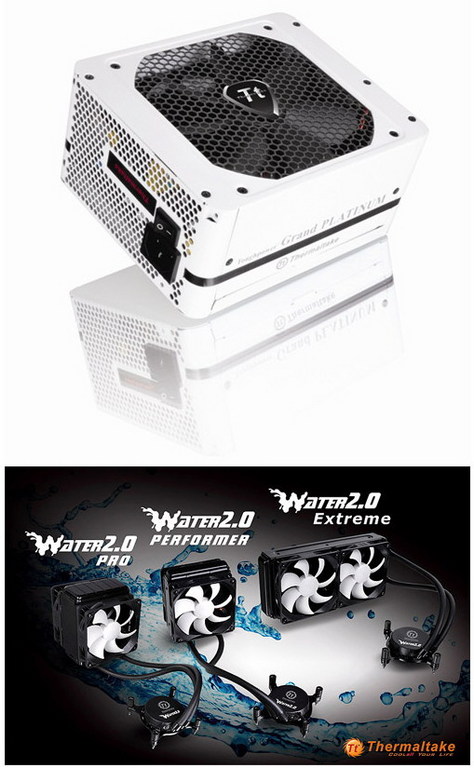 Tt eSPORTS is always creatively promoting gaming products that differentiate from others, with strong motivation in fulfilling the mission of delivering the best gaming experience to the world. In CeBIT 2012, Tt eSPORTS is also preparing to launch a whole new series of gaming keyboards and mice, as well as the highlight of the year: BMW DesignworksUSA’s collaboration on Level 10 M Gaming Mouse project. It is a continuation of Level 10 design concept and an extension in gaming peripherals.

The successful year of Tt eSPORTS in 2011 is now prepared to launch a series of new product line – Tt eSPORTS Chao – in 2012, with DRACCO headsets recently revealed at Taipei Game Show 2012 and attracted not only gamers’ attention but also media’s inquiry about DRACCO’s design concept and the motivation behind this DRACCO project. Further, the COMBAT WHITE series of gaming keyboards and mice are also recently announced, with already strong support from Tt eSPORTS fans on MEKA series keyboards and BLACK mouse, the white-color version seem attract more attention who appreciate a slight different color appearance on their gaming gadgets. The year 2012 is also a milestone for Tt eSPORTS as we officially present SAPHIRA and THERON gaming mice, endorsed by the worldwide famous StarCraft2 players – Aleksey “White-Ra” Krupnyk, and Tt APOLLOS’s StarCraft2 player – SoftBall. And of course, both will be displayed and introduced at CeBIT 2012 to demonstrate that Tt eSPORTS shares the same passion and value with all players around the world, by taking care of the customers’ needs with cutting-edge technology, and with eSports gaming characteristic design. 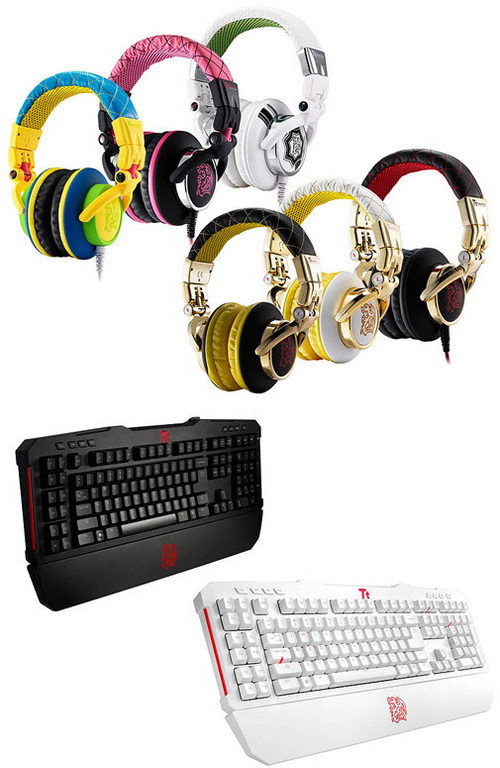 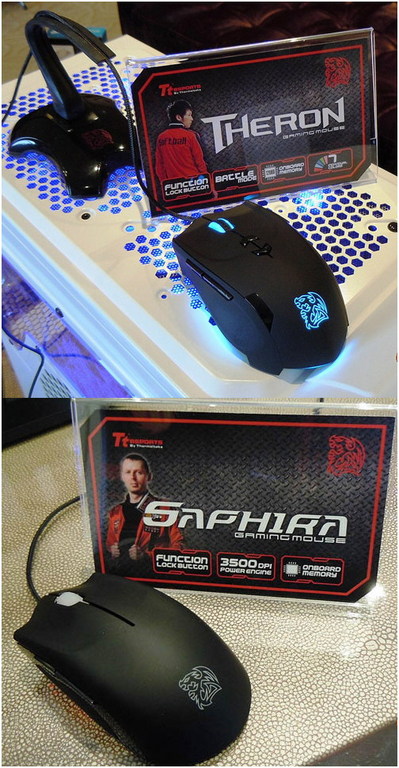 LUXA2, premier designer and manufacturer of unique and functional Apple accessories including holders and cases, this year is proud to be launching its first ever Bluetooth product – the Bluetooth Headphones BT-X3. This headphone is perfect to be used with iPod, iPhone, Android phones and other smart mobile devices.

While the business focus is Apple product accessories, starting 2012, LUXA2 will also offer accessories for other smart phones and provide top-of-the-line products and services to owners of Droids, HTC, Samsung…etc.

Also, LUXA2 will present its newest accessory lineup at CeBIT 2012 including brand new protective cases and sleeves for iPhone 4S, iPad 2 and Macbook. Brand new iPhone 4S cases include the slim and lightweight solid color ‘Lille Case for iPhone 4S’ and the more fun and nature inspired ‘Modica Case for iPhone 4S’. Both cases are very slim and light weight, they sure will add extra personality to your mobile phones! LUXA2’s goal is to become the go-to resource for any individual living a mobile lifestyle.

Thermaltake Group is on the mission to broaden the lifestyle, gaming culture and fashion technology by creating fascinate innovations. In the year 2012, Thermaltake, Tt eSPORTS and LUXA2 will keep taking care of the customers’ needs with cutting-edge technology and amazing products! 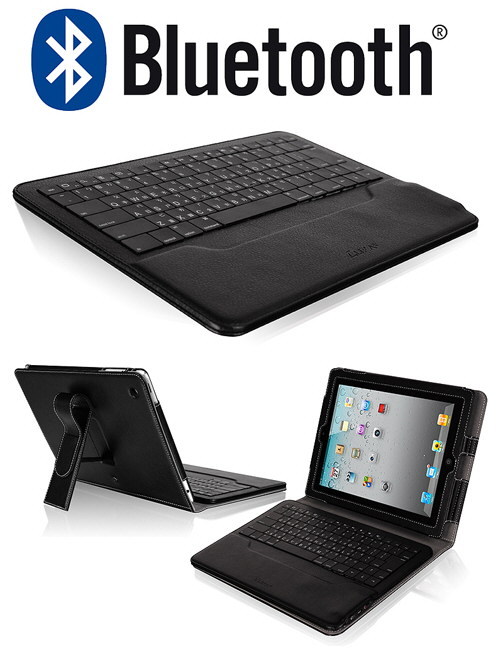 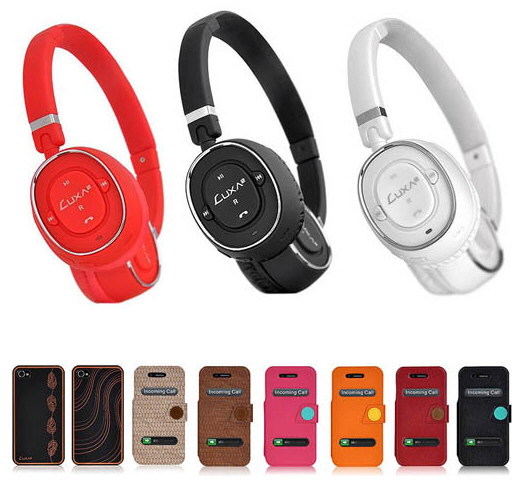 Discuss in the Forum